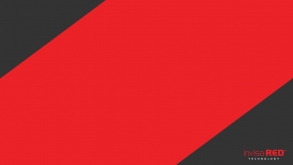 Developer of invisa-RED’s Exclusive Technology in 2014

The trial is designed to provide the data with which to compare the efficacy and safety of the invisa-RED Technology Elite Low-level Laser Therapy (LLLT) device with a placebo device when used in the treatment of individuals for weight loss and aesthetics.

Purpose of the Study

Highlights of the Three Week Trial using the invisa-RED™ Elite 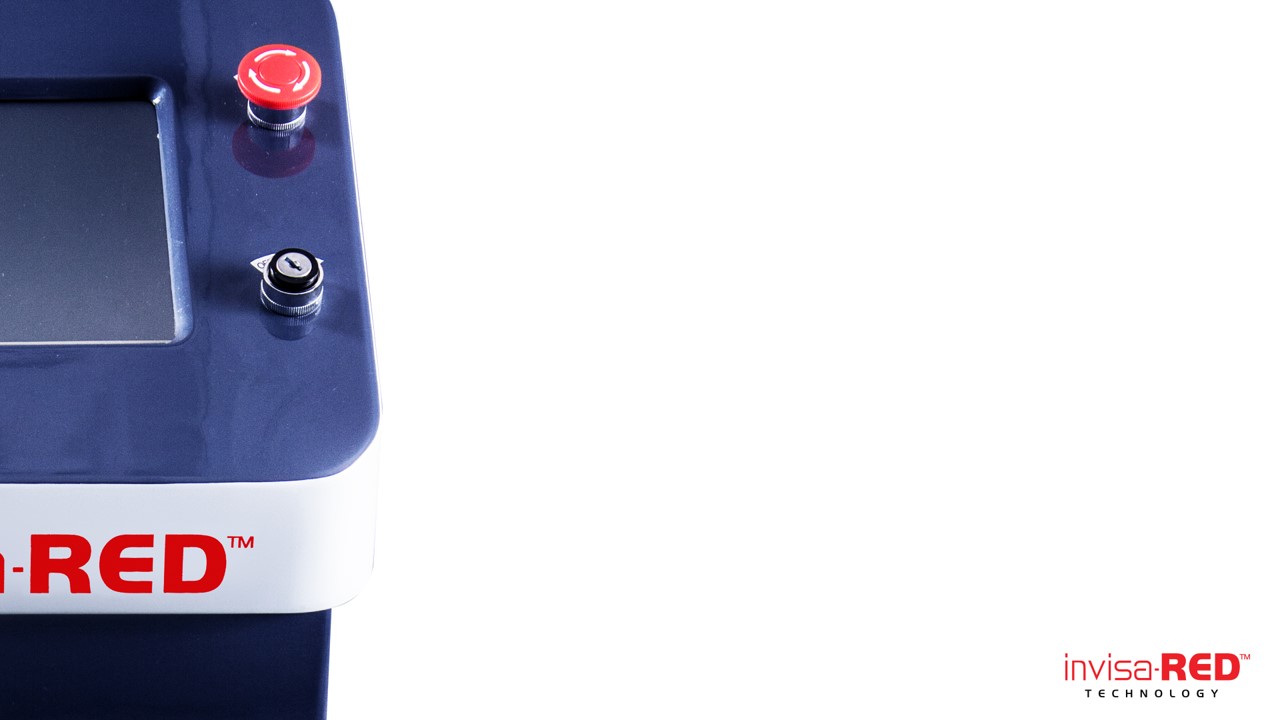 The following were the measured average results for the “Care as Usual Group” using the invisa-RED™ Elite:

Pounds of Fat Lost per week

The following were the measured average results for the two groups: 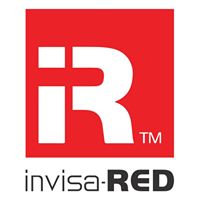 These graphs provide visual insight into the correlation that exists between the use of the invisa-RED™ Technology and Body Fat Loss and Loss of Inches versus a placebo.

Inches Lost or Gained per Participant 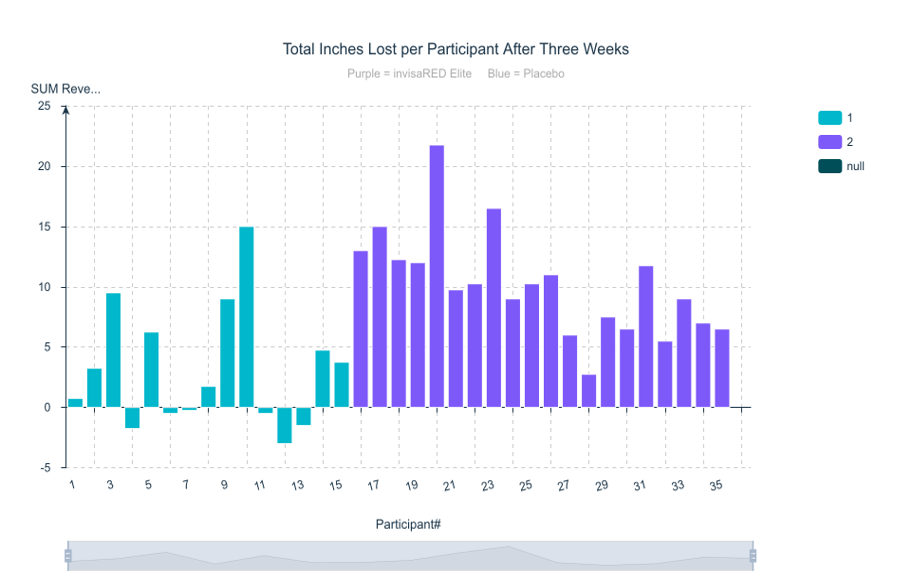 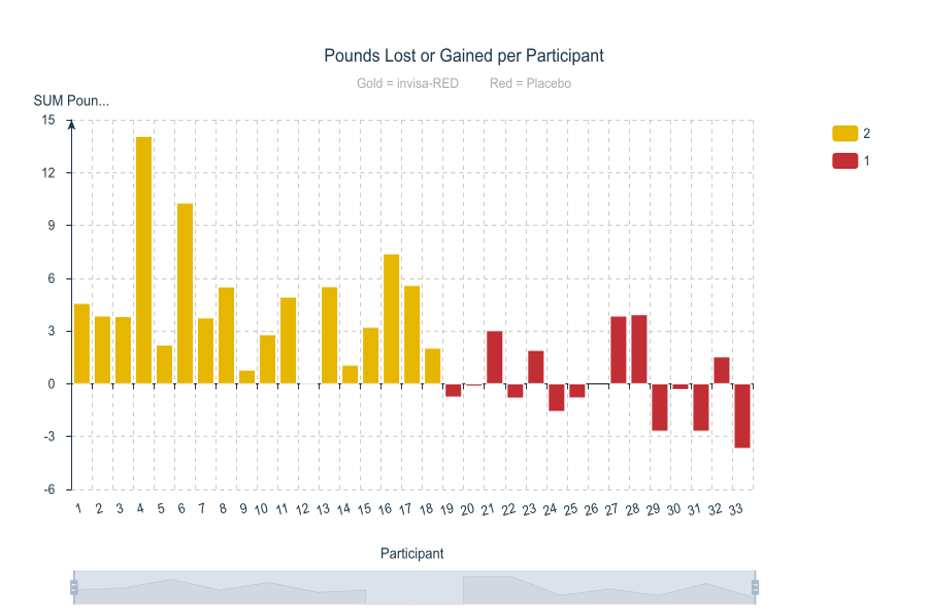 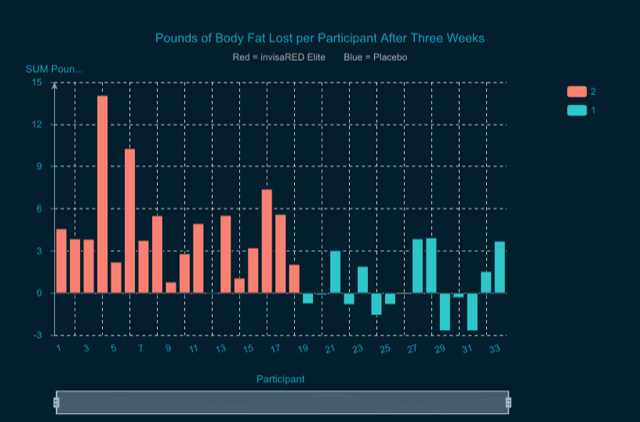 Weight Lost or Gained per Participant

Photobleaching (pulsing) of the light energy and interference from these coherent wavelengths, allow for a higher rate of energy density (absorption into cells) and deeper penetration into the subcutaneous adipose tissue. Fat is utilized as an energy source from the supercharged metabolism as well as removed from the body via lymphatic excretion (urine & sweat).

The rapid absorption of laser energy heats the subcutaneous tissue and increases localized blood flow to transfer nutrients and oxygen in the cells. The saturation of oxygen triggers cellular respiration and is processed into cellular energy generating the synthesis of Adenosine Tri-Phosphate (ATP), enhancing the body’s natural metabolism for the immediate utilization of stored fat energy.

The pulsed laser energy accelerates and replicates this metabolic process for 15 – 20 minutes during treatment.

The heat absorbed by the tissue amplifies the production of collagen and elastin to create tighter and healthier skin as well as fading stretch marks. The increased collagen production repairs and strengthens connective tissues to eliminate cellulite from the targeted area.

Hemoglobin from the increased blood flow transports waste products and toxins out of the adipose cells into the bloodstream to be removed from the body.

Treatment times are dramatically shorter and substantially more effective with our technology. Within two minutes of the treatment; water, glycerol, triglycerides, and toxins are released from the fat cells. Most of the released fat is utilized as an energy source from the supercharged metabolism as well as removed from the body via lymphatic excretion (urine & sweat). The supercharged metabolism will continue to burn fat for several hours after treatments just like it would from high-intensity exercise and strength training. Cells are not harmed during the process, unlike invasive procedures.

Energy density or absorption rate of the energy into the fat cells play a major role in patients’ results. To accomplish optimal absorption rate of energy several factors must be taken into consideration; service being performed, site of the area being treated, skin tone and severity of the issue. Since all patients differ in these factors, general cookie-cutter protocols from single frequency machines have proven to be inconsistent in their results in many cases. 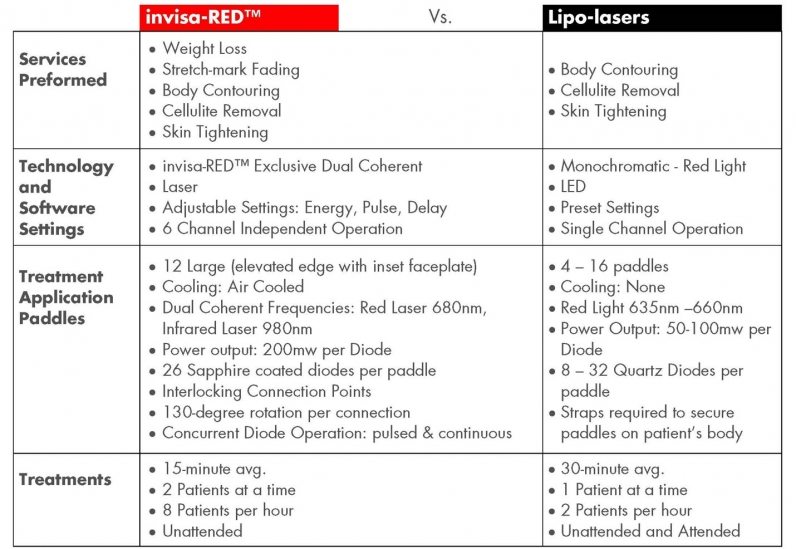 invisa-RED™ is the ONLY Machine Clinically Proven

What is invisa-RED™ Technology

invisa-RED™ is the only Clinically proven device to provide weight reduction, fat reduction, and inch loss. Our technology can accomplish scalable weight loss with a precise combination of specific frequencies from both red and infrared laser light energy. The combination of dual coherent frequencies enables the light energy to penetrate deep into adipose tissue (subcutaneous fat) generating a significant response in cellular functions and stimulation of the body’s natural metabolism. invisa-RED™ Technology stimulates the lymphatic function and increases metabolism through the synthesis of Adenosine triphosphate (ATP). The activation and efficiency of both the lymphatic system and metabolism are essential to achieve a patient’s weight loss goals.

Many Thanks to Each One of You!

You have contributed to a highly successful trial and all of us at invisa-RED™ Technology and everyone who will benefit from this technology are indebted to you.